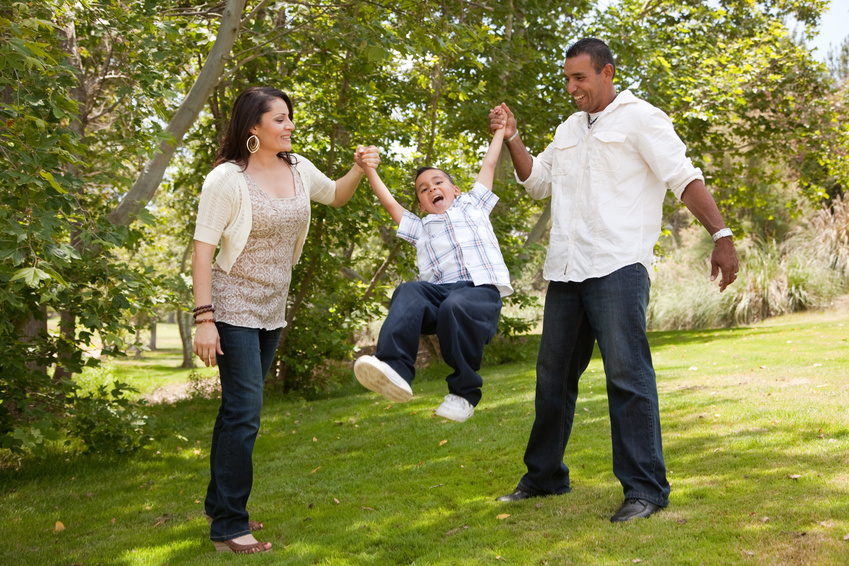 10 Steps to a Happier Family Life

Even the best families are only one or two steps away from being “that” family. You know the one I mean. The one who’s 14-year old grandson was found dead in a dumpster, the one who’s daughter was a homeless crack addict, (not because they didn’t love her, but because it had gotten to the point where her living at home was putting the rest of the family in danger and she refused to get help) the one who’s 22 year old nephew stuck a gun in his mouth and blew his brains out in their driveway at 6:00 in the morning . . . these are all families I know, and I could give a lot more examples of equally grisly stories. These are all good people who experienced these horrible things . . . good people who live good lives and who care about their families.

Families are under attack. Society in general is not friendly to families. Material things and status are more valued. Fathers lose their jobs when they put their families first. People in the grocery store criticize mothers who are struggling with more than one or two small children, rather than help. Pregnancy is treated in hospitals as a disease, when it should be treated as a normal and natural part of human existence, and childbirth should be recognized as the joyous occasion that it is instead of an inconvenience that should be anesthetized.
Even humanity itself is under attack. We live in a society where more and more people think of human life as a parasite on this earth rather than a whole and integral part of the ecosystem. Our rights are legislated, our health often government mandated, our needs and wants manipulated by media. People live lives as consumers without the balance of give and take that needs to be present for society to flourish; life becoming a never ending series of leisure and entertainment for the over important individual – food and sex have become recreational rather than the life force, emotion has become manipulative to serve the individual wants and desires without regard for others, and children simply an inconvenient byproduct.

We live in a society of refined foods – refined sugars; refined flour. We live in a society of refined chemicals – crystal meth and crack. We live in a society where even our day to day food intake is often worse for our health than the old vices of smoking and regular alcohol consumption. The days of Aldus Huxley and George Orwell seem to be all but knocking on our doors. Well meaning grandmothers buy their sons porn subscriptions after their wives give birth to help satisfy their desires; wives wanting to keep their husbands watch it with them. Roommates whisper lasciviously about who they should try out next. “You really ought to try him; he really knows how to touch a woman.” (When I was in college, one of my roommates actually said this to me verbatim, and that is not made up!)

People gasp in horror if you confide your misgivings in government mandated immunizations or your lack of faith in the public school system. They look on in disapproval if you have more than one or two children. History is re-written in movies, and school textbooks.
Drug use and criminal activity are glamorized. People are shot on the streets in broad daylight for wearing the wrong clothes, for looking at someone the wrong way, for just being in the wrong place at the wrong time, and often nothing is done about it. In some neighborhoods, people have to live close to the floor to avoid stray bullets.

Families sit down with popcorn and watch immorality and violence and laugh.
Parents are afraid to discipline their children. Parents buy, and allow their daughters to dress in clothing that used to be only worn by prostitutes, and baby girls fashions have become more ‘sexy,’ with bikini swim suites, and tight little mini skirts. Little boys clothing reflects gangster fashions, and glamorizes criminal activity. New born babies are disposed of in garbage cans.
Self restraint is looked upon with disdain. The attitudes of, “it’s my body” and “we’re consenting adults,” are acceptable justifications for murder and sexual irresponsibility. Women, and even men now, are raped in broad daylight; at night even policemen won’t go into certain parts of the city for fear of their lives. Shoplifting and theft are commonplace. At the slightest excuse, shops are overrun by looters, and looting is even expected now under certain circumstances.

Children are snatched and sold to the highest bidder to be used as recreational objects.
The desires of the individual are esteemed higher than the greater good of society. The majority allows the minority to rule for fear of judgment, for fear of passing offense. Celebrities get away with spousal abuse, child molestation, and murder. Parents cry about their uncontrollable, drug addicted, older children, and then leave their younger children unattended so they can indulge themselves in irresponsible behavior, and then they wonder where they went wrong when their 13 year old daughter starts smoking and drinking, and then gets pregnant.

These are just the regular run-of-the mill types of things that we see around us every day. This list doesn’t even come close to covering many of the great tragedies of our time. People want to be selfish, irresponsible, and immoral, but they don’t want any of the consequences. Like it is on TV and movies. You should be allowed to leave on extended vacation from your husband and family, get involved in a steamy romance with a sexy man-hunk, and then go back to your husband a few months later, as if nothing happened, leaving the poor cowboy (who knew you were married to begin with) in the lurch, right?

And when someone like me says you can’t be immoral, irresponsible, and selfish without having consequences, without an increase in murder, child sex abuse, accidental drug overdose, and suicide, even people who seem to be reasonable and mature get upset and they point fingers and call names like goody goody and they make accusations like “you’re so close minded,” and they say things like “you live such a restrictive lifestyle. Loosen up and live a little. Have a little fun for once.” Meanwhile their offspring are out doing goodness knows what, and they laugh and say kids will be kids.

And then one of their kids is found in a dumpster one day, with a bullet in his head, or they get stuck raising their poorly behaved grandchildren while their daughter is out prostituting herself for meth. And then they wonder how it happened and they whine “why me?” while the children they produced are running a muck and causing heartbreak and discontent among those of us who were responsible. Then they close their eyes and say “stop whining, there’s really no such thing as a happy family anyway, that’s just a myth perpetuated by TV sitcoms.”

I read about how in New York City, city officials discovered that even one little piece of graffiti left unattended caused a noticeable increase in crime rates. In neighborhoods where there was a relatively low crime rate, crime would exponentially increase if one broken window was left un-repaired. But if the window were repaired immediately, this would not happen. It made me think about that new car that gets a little scratch, and then suddenly it’s not such a big deal if there is a little dent, and then a bigger dent, and then a busted windshield. The car is no longer new. The way I see it, it all has to do with respect.

I am here telling you that there really is such a thing as a happy family. I see it all the time, and sometimes I even feel like I’m stuck in a Brady Bunch episode. Those are usually the times that we’re all sitting together at breakfast or at the dinner table, because my husband and I decided when we were first married – before we ever had kids – that we would eat together at the table and not on the run or in front of a TV set. I’m sitting there talking to my kids and eating and everyone starts saying “Mom, thanks for making dinner/breakfast!” and “Hey this is really good!” and I find myself saying “everyone is welcome” because I am getting tired of saying you’re welcome over and over again, especially with my four-year-old Jack-Jack because he says thank you over and over again, and my 1-year-old Little Bee, who can barely talk but says thank you and giggles every time she takes a bite. And then we are all laughing and talking about our day, and what happened, or what needs to be done that day. (Of course there are many times when we are definitely NOT like an old family sitcom since we do have more conflict in our lives than just the jealous Marsha, Marsha, Marsha! fits. And so far there has not been any experimentation with cigarettes – or any other drugs, thank goodness. And, even though it might be nice – if we could afford it – we do not have a housekeeper.)

In the following series of ten steps to a happier family, let me tell you how it’s done. But before I continue, and before you criticize what you might view as somewhat extreme or overdone, maybe you should ask yourself, “how serious am I about this happy family bit?” and “what do I really want for my children?” and try to be a little more (Yes!) open minded.