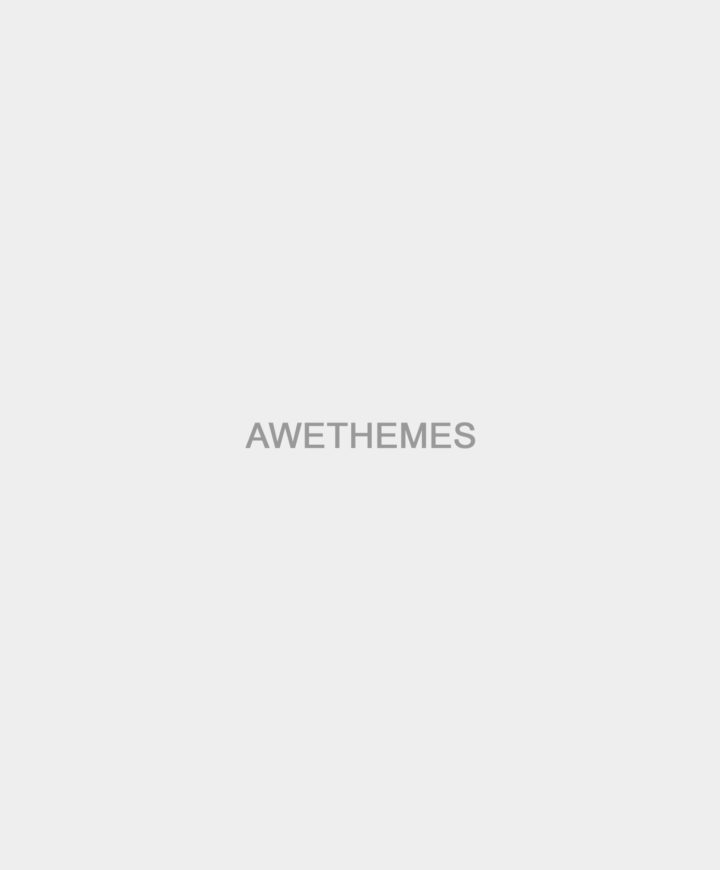 We go to church together as a family on Sundays. Note: I am not saying this to say my religion is better than yours, even though I am very partial to my own beliefs 😉 Putting all petty differences aside, and focusing on the greater good of all mankind, it is my very strong belief that almost any religious beliefs when practiced in the true spirit of their founder, could only serve to greatly improve the lives of people who have no religion. If your focus is on self improvement and the betterment of society, and not on forcing your opinion onto others (which results in things like the inquisition, the 100 year war, or the Islamic Holy War) then only good can come of it. You learn to be a good citizen, and you study time tested truths like the golden rule (Do unto others as you would like them to do unto you, and not as they have done unto you.) and the be-attitudes.

You read about individuals whose lives serve as models for living, like Jesus Christ, (whether you believe in his divinity or not, he is a good example of unselfishness, compassion, service and commitment, among many other positive traits.) Moses, Abraham, Isaiah, Elijah, John the Baptist, Buddha, Confucius, Martin Luther, Muhammad, Joseph Smith, Brigham Young, (Taken from Greatest Historical list of Major Religious Leaders) Mother Theresa, and other religious contemporaries like Martin Luther King Jr., Pope John Paul II, Gordon B. Hinckley, and Mohandas Gandhi (taken in order of influence from the top ten of Time Magazine’s Person of the Century Poll). Now you can either get offended by this list (I’m sure there are some great leaders whom I did not mention, but that isn’t because they are not noteworthy. It’s just because maybe I don’t know much or anything about them.) We could argue who on this list is most important or most influential or more right or wrong. But that isn’t my intention. My intention is to simply point out a few of our great historical religious leaders who by reading about any one of them and following their example, we could all become infinitely better people.

It is not just my opinion that religious worship can improve family life. There are hundreds of studies done that reflect the impact that religion has on our personal happiness. Don’t just take my word for it – According to Analysis: Religion, Family, and the General Social Survey by W. Bradford Wilcox, “weekly religious attendance and marriage are both associated with higher reports of happiness among U.S. adults. In fact, more than 48 percent of adults who are married and weekly churchgoers report that they are very happy, compared to just 20 percent of adults who are unmarried and do not attend church weekly.”

In his article Why Religion Matters Even More: The Impact of Religious Practice on Social Stability, Patrick F. Fagan, Ph.D. states, “Regular attendance at religious services is linked to healthy, stable family life, strong marriages, and well-behaved children. The practice of religion also leads to a reduction in the incidence of domestic abuse, crime, substance abuse, and addiction. In addition, religious practice leads to an increase in physical and mental health, longevity, and education attainment. Moreover, these effects are intergenerational, as grandparents and parents pass on the benefits to the next generations.”

He goes on to summarize selections from Objective Hope, Assessing the Effectiveness of Faith-Based Organizations: A Review of the Literature, a report summarizing 766 different studies on religion’s effects on society, by Byron R. Johnson, Director and Distinguished Senior Fellow at the Center for Research on Religion and Urban Civil Society, stating that happy people were more productive and law-abiding and were also more easily educated. Because of this they were found to have a more positive impact on society. The report showed that religion significantly influenced individual happiness and an overall sense of well-being. In the vast majority of the studies reviewed in the report, “an increase in religious practice was associated with having greater hope and a greater sense of purpose in life.” He also stated that “both public and private religious practice protect against depression. People who are frequently involved in religious activities and highly value their religious faith are at a reduced risk for depression, according to a review of more than 100 studies. This review also found that 87 percent of the studies surveyed concluded that religious practice correlates with reduced incidence of suicide.”
Dr. Fagan went on to cite several other sources establishing a direct link between church attendance and personal and family happiness and well being. For example, “levels of depression were also lower for those who participated in religious services than they were for those who only prayed on their own. [Christopher G. Ellison, “Race, Religious Involvement, and Depressive Symptomatology in a Southeastern U.S. Community,” Social Science and Medicine, Vol. 40, No. 11 (June 1995), pp. 1561–1572.], and “adolescents who frequently attend religious services and have a high level of spiritual support from others in their community have the lowest levels of depression.[Lloyd S. Wright, Christopher J. Frost, and Stephen J. Wisecarver, “Church Attendance, Meaningfulness of Religion, and Depressive Symptomatology Among Adolescents,” Journal of Youth and Adolescence, Vol. 22, No. 5 (October 1993), pp. 559–568.]
Conversely, a lack of religious affiliation correlates with an increased risk of suicide. [Frank Tovato, “Domestic/Religious Individualism and Youth Suicide in Canada,” Family Perspective, Vol. 24, No. 1 (1990), pp. 69–81.]

Fagan goes on to say that “Just as the stable marriage of parents is powerful in preventing crime, [Patrick F. Fagan, “The Real Root Causes of Violent Crime: The Breakdown of Marriage, Family, and Community,” Heritage Foundation Backgrounder No. 1026, March 17, 1995] so too is the practice of religion. A review of the literature on religion and crime suggests that, compared with less religious counterparts, religiously involved individuals are less likely to carry or use weapons, fight, or exhibit violent behavior. At the metropolitan level of analysis, areas with high rates of congregational membership and areas with high levels of religious homogeneity tend to have lower homicide and suicide rates than other metropolitan areas.[Hummer et al., “Religious Involvement and Adult Mortality in the United States,” pp. 1224–1225.]

Similarly, at the state level of analysis, states with more religious populations tend to have fewer homicides and fewer suicides [David Lester, “Religiosity and Personal Violence: A Regional Analysis of Suicide and Homicide Rates,” The Journal of Social Psychology, Vol. 127, No. 6 (December 1987), pp. 685–686.], and that “men who attended religious services at least weekly were more than 50 percent less likely to commit an act of violence against their partners than were peers who attended only once a year or less. [Ellison et al., “Are There Religious Variations in Domestic Violence?”] No matter how the data were analyzed, regular attendance at religious services had a strong and statistically significant inverse association with the incidence of domestic abuse. [Ellison and Anderson,” Religious Involvement and Domestic Violence among U.S. Couples.”]

According to John P Bartkowski in a study titled Religion and Child Development: Evidence from the Early Childhood Longitudinal Study, for church attendance to have the maximum positive influence on the overall happiness of your family, it is important for the whole family to participate, however the findings also showed that even if only one parent attends, it can have a positive influence. Children whose mothers attended church services “tended to exhibit greater social competence than children whose parents never attended church,” and that “children were less likely to have internalizing behavior problems (in terms of anxiety, loneliness, low self-esteem, and sadness) if either of their parents attended church services and/or if both parents attended with the same frequency (i.e. either sporadically or frequently.)”

He also said that “children were more likely to report feeling sad or lonely when their parents argued frequently about religion,” showing that parents need to be united in their religious choice if they want to experience the benefits that church attendance can bring. He noted that “children whose fathers attended church and those whose parents both attended church frequently were less likely to report feeling sad or lonely,” than those who did not and “children whose parents both attended church frequently tended to exhibit higher levels of self control” than children whose parents did not attend. He also found that “parent-child discussions about religion predicted higher self-control in children. In contrast, parental arguments about religion predicted lower self-control in children,” and “according to parents’ reports, more frequent discussions with their children on religion was associated with a higher level of children’s self control.”

This extra parent-child discussion can be accomplished by having a weekly family night, where religious principles are discussed in a family setting, such as what the Church of Jesus Christ of Latter-day Saints encourages its members to do every Monday evening. This ‘Family Home Evening’ night consists of a religious lesson or discussion with all family members, coupled with a fun family activity and special treats. Members are strongly encouraged to keep this night free of any other commitments, so that other activities do not get in the way. This family night is considered to be so important, in fact, that LDS church leaders even promise members that if they have these Family Home Evenings along with their regular church attendance and daily family prayer and scripture study as a family, that their children will not stray from the path of righteousness.

In light of these findings, if you don’t currently attend any particular religion and/or if you and your spouse do not agree on your religious beliefs, it appears that it would be beneficial to any family to sit down and truly evaluate their own beliefs and then act upon them by finding a religious group to attend. At the very least, gather your family together and write down a list of things you believe in, even if it’s just the greater good of mankind and a code of ethical behavior that will bring greater happiness. Then take some time once a week to reflect on those things as a family and as individuals. Don’t automatically dismiss religions that you don’t really know much about – investigate different churches together as a family. Everyone must start somewhere, and if weekly church attendance has been proven to improve family happiness, isn’t it worth it to at least take some time to really honestly think about what it is you believe, and then perhaps investigate various religious beliefs to see if you can’t find one that suits you?

There are literally thousands of religious groups on our planet, almost all of which have some merit and beliefs that would enhance family happiness. If you have never read the Bible, the Koran, the Book of Mormon, the Torah, or other religious texts, maybe it’s time you did. If something is this important to family happiness, do you really think it will benefit you to write off religion without first investigating it with an open mind, prayerfully/meditatively researching the religions that are out there with “full purpose of heart” and an honest desire to find the truth? In fact, if you truly want to have a happy family, it may actually be selfish and irresponsible not to.

For Further Reading:
Objective Hope, Assessing the Effectiveness of Faith-Based Organizations: A Review of the Literature by Byron R. Johnson
The Real Root Causes of Violent Crime: The Breakdown of Marriage, Family, and Community by Patrick F. Fagan
Why Religion Matters Even More: The Impact of Religious Practice on Social Stability by Patrick F. Fagan Ph.D.